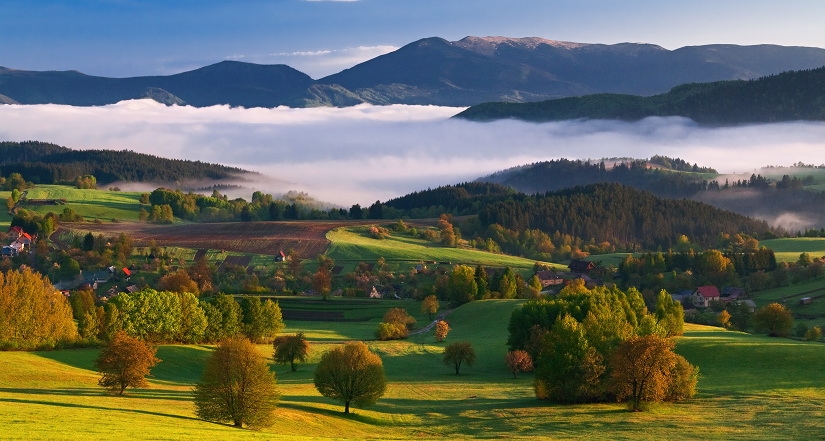 The Slovak Republic is a small landlocked country in the heart of Europe. The Church of St. John in Kremnické Bane in the middle of Slovakia is considered to be the geographical middle of the old continent. With the area of 49038km2, Slovakia doesn’t belong to the smallest states. Observing it from Nord to South, Slovakia fills the space between Poland and Hungary. Slovakia borders to Czech Republic and Austria in the west, with the Ukraine in the East. The only natural element missing in Slovakia is probably the sea.

Although Slovakia is a small land, it offers such a lot of natural beauty in its regions as just a few others. There are mountains and lowlands, burnt-out volcanoes, canyons, caves and gorges, big streams and waterfalls, mineral springs, healing and poisonous herbs, peaceful and wild animals. What is typical for Slovakia are big altitude differences. The difference between the highest (Gerlachovský štít 2654m) and the lowest point of the country (Streda nad Bodrogom 94 m) leads to a strong difference in the climate, therefore also in soil, animal and plants world. The Carpathian Mountain Range breaks in Slovakia into some more or less parallel mountain chains. Many songs and poems talk about Slovakia as the land between the High Tatras and the Danube. In the mountain regions of the Slovak Carpathian Mountains, there are 9 national parks and 19 nature reservations.

Slovakia is located in the warm moderate climate zone, on the border between the Atlantic and Continental part of Europe. The lowlands offer dry and warm climate with more stable weather conditions, the mountains are moister and colder with inconsistent weather. It can be snowing in the High Tatras in the middle of summer.

Slovakia has over 5 379 000 citizens. The density of population is 109 citizens/km2. The most citizens claim to be of the Slovak nationality (85,8%). The biggest minority is the Hungarian minority (9,7%). 1,7% of the population officially considers itself to be Roma. In reality, there are 380 thousand Roma people living in Slovakia. Moreover, there is the Czech minority (0,8%), Ruthenian (24 000 citizens) and Ukrainian (11 000 citizens). Slovakia can be described as a catholic country (roman-catholic 69%, 7% evangelist, 5% Greek-catholic and orthodox, 13% without confession).

Slovakia experienced numerous emigration waves in the past. Nowadays, there are 2,7 millions of Slovaks living abroad (the most of them in the USA). Many Slovaks abroad managed to assert and become famous. The grounder of the Pop-Art Andy Warholoriginated from Eastern Slovakia. Paul Newman is the son of the Slovak Tereza Fečková, Steve McQueen used to be called Štefan Ihnačák. Even the astronaut Eugene Andrew Cernan, who is since 1972 the last man on the surface of the Moon, has Slovak roots.

The biggest Slovak city is Bratislava (429 000 citizens), the second one is Košice (236000), following 9 cities and towns have over 50 000 citizens (Prešov, Nitra, Žilina, Banská Bystrica, Trnava, Martin, Trenčín, Poprad and Prievidza).

Slovakia is rich in cultural-historical objects. There are over 100 castles counted in Slovakia and at least twice as many palaces built in different historical periods.

Bratislava Capital of the Slovak Republic

The city lays at the Danube, it’s proud of is long history of more than 2000 years. The small streets of the old town, palaces, old churches, cafes and restaurants with terraces, souvenir shops, friendly people and good beer, all of that and much more makes the shine of the city with charm and friendly atmosphere. There is plenty to do and see in the city itself. Long history of Bratislava – as home of Celts, Romans, Germans, Hungarians, Jude’s and of course Slovaks –means that there is an impressive palette of architecture, languages and cuisine.

The hangs on the edge of the city are the home of vineyards for centuries and there are wine spots in the surroundings of Bratislava where you can taste the best wine – it is phenomenally delicious! That is what Slovakia has to offer.

If you would like to take a bike ride in the city centre, then stop wherever you want to admire the historical sites and take a glass of wine. Later you can easily cross the river and do a picnic while looking at the city panorama.

The region of Slovakia was populated already in the oldest times. Multiple cultures gradually developed here. In times of the folk wandering, the first Slavs came. After the Empire of Samo in the middle of 7th century, which had its central spot in the today’s region of Slovakia, and after the Principality of Nitra at the beginning of the 9th century, the Great Moravian Empire was created here in 833 – the first common state of the ancestors of people from Slovakia and Czech Republic. After the fall of the Great Moravian Empire at the beginning of the 10th century, the tribes of the old Hungarians possessed this region and it became a part of the Hungarian state together with its citizens for another 1000 years.

The location in the middle of the Hungarian state silenced the inner fights between aristocracy and the king after the first centuries and it came to an economic upswing. Mining towns and trading centres were created. After the invasion of the Turks in Central Europe, the Habsburger came to power in Hungary, who ruled over the country until 1918. From the perspective of Slovak folks, the 19th century was decisive, because Slovakia formed its own political programme for the first time. The promising upswing of the national movement paralysed the Austrian-Hungarian balance in 1867 followed by Magyarization which lasted for 50 years straight. Just after the First World War, the resistance against Austria and Hungary was activated, which peaked with the Declaration of the Slovak Nation with the Czech Nation in the Czechoslovak Republic.

In 1938, the independent Slovak state was created under the influence of the international events, Czechoslovakia was again created after the Second World War. The decisive power was won by the communist party in 1948.

And just the so-called Velvet revolution in November 1989 crushed the communist dictatorship. The democratic society showed numerous economic, social and national problems on the surface, which lead to the separation of the common state of Czechs and Slovaks followed by the creation of the Slovak Republic (1.January 1993). On 1.May 2004, Slovakia became a member of the European Union.

The official language in Slovakia is Slovak. People in the most hotels and information centres in bigger cities speak fluently English and German.

The street descriptions comply with the European norm. Seat belts are obligatory also in the cities. Use of alcohol before driving is prohibited (0,0%). The speed limit in towns is 60km, out of towns 90km, on highways 130km. You have to buy a corresponding highway sticker before the use of highways.

People in Slovakia are very hospitable. Crime has sinking tendency. It is very low on the countryside.

YOU ARE WELCOME TO SLOVAKIA :-) 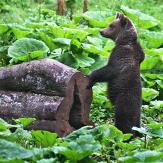 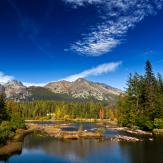 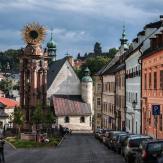 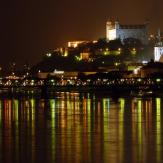 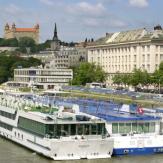 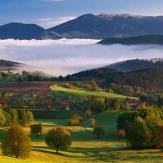 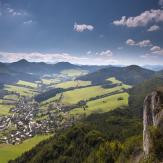 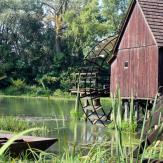 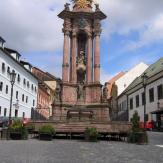 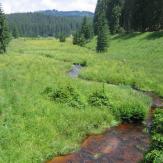 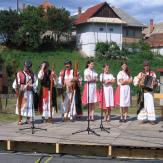 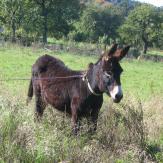 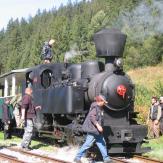 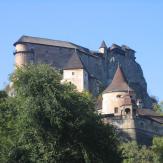 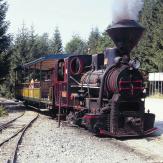 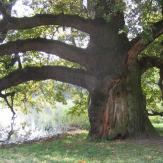 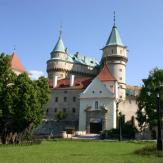 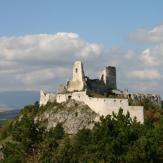 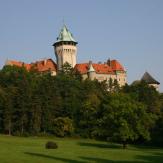